Talofa Lava,
In week 5 we celebrated Samoan Language Week. We started off the week with the raising of the flag. 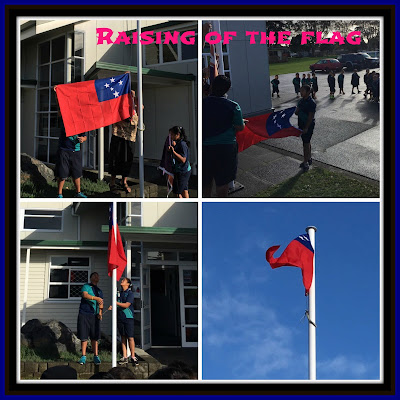 We learnt how to say:
Hello - Talofa Lava
How are you? - O a mai oe?
I am fine thank you - Manuia fa'afetai.

In groups we discussed what we knew about Samoa and what we thought about why language is important?

The theme for the week was, 'E felelei manu ae ma'au i o latou ofaga', in translation this means, 'Birds migrate to environments where they will survive and thrive'. The Cheeky Cheetah girls learnt a Samoan dance (mauluulu) to 'Pe lele le toloa i fea'. They learnt to make up actions to tell the story about the migration of the birds to different environments.
For art work we were able to draw birds, patterns and talk about the Samoan Siapo. 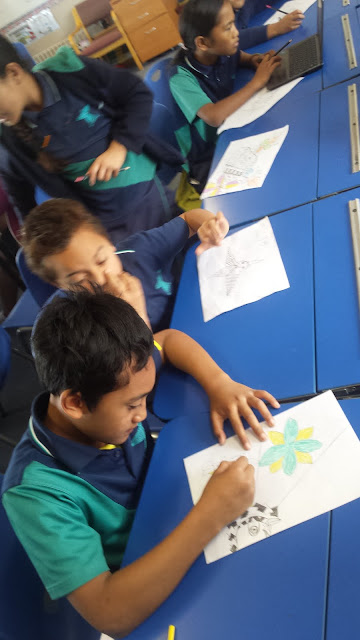 Waea drawing his manu (bird).
We learnt about two Myths: 'Sina and the Tuna' and the 'Turtle and the Shark'.
In pairs they had to read about the Myth and identify the key ideas. Students were encouraged to work in pairs or in a group of no more than 3 people where they had to rewrite the Myth and add pictures onto an A3 piece of paper. 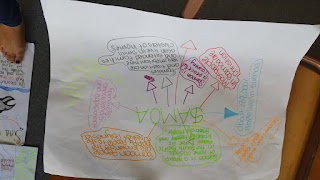 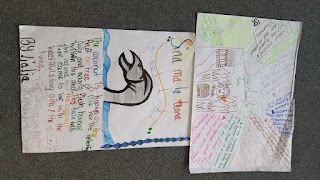 Some of the Cheeky Cheetahs are part of the Pasifika group where they performed a few Samoan traditional dances. It was great to see them show case their pride in their culture. We celebrated with an assembly where we invited our neighbouring school Clendon Park to perform and our special guest was the 2011 reigning Miss Samoa - Metotisi Komiti-Fa'alavaau.
Check out some of our photos of our Samoan Language Week.